Webinar – How to build a MVP without a CTO 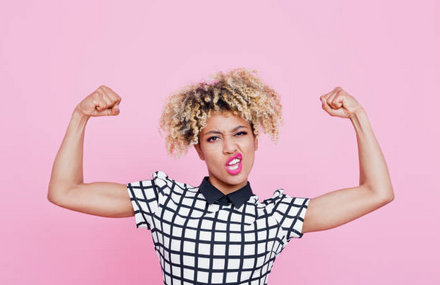 Join The Next Women and renowned entrepreneur Nelly Yusupova – the CTO of Webgrrls International, Chapter Leader of NYC Webgrrls, and creator of TechSpeak for Entrepreneurs and Build Your Social Media Footprint bootcamps during this webinar and learn how to start and develop your company without a CTO.

Nelly had to adopt a “never fear what you don’t know” attitude. First, when her family fled from Tajikistan to the U.S. and she was forced to learn a new language and culture. They had very few possessions—only what they could carry—and very little money. She began working at 13. She lied about her age on the application. She had to.

In college, she decided to study computer science without knowing anything about computers. She took 18-21 credits per semester, took summer courses and worked full time. She earned my degree in three years instead of four. She had to.

She learned fast and it wasn’t easy, but she found success because in each new situation, she wasn’t intimidated by new information, new tools, new ideas. She refused to give up simply because she didn’t know something! The hardship gave her a new perspective on obstacles and risk. And both in her career and personal life, she keep raising the bar for herself. Every day, she meet talented men and women who have amazing business ideas but don’t start their venture because they fear they don’t know enough about “managing the tech process.”

Many of those same men and women are encouraging their kids to learn, experience and expand their horizons each and every day. Shouldn’t we follow that same advice for ourselves, rather than letting fear get in the way?

Perhaps we can go so far as to embrace fear and let it be the fuel for our success!

Join the webinar the learn all the lessons Nelly learned over the last few decades and start working on your dreams next.