Women and Girls in Science: Our Members’ Perspective

Two of our members working in the field of science share their thoughts and experiences on the challenges women face when pursuing a career in science. 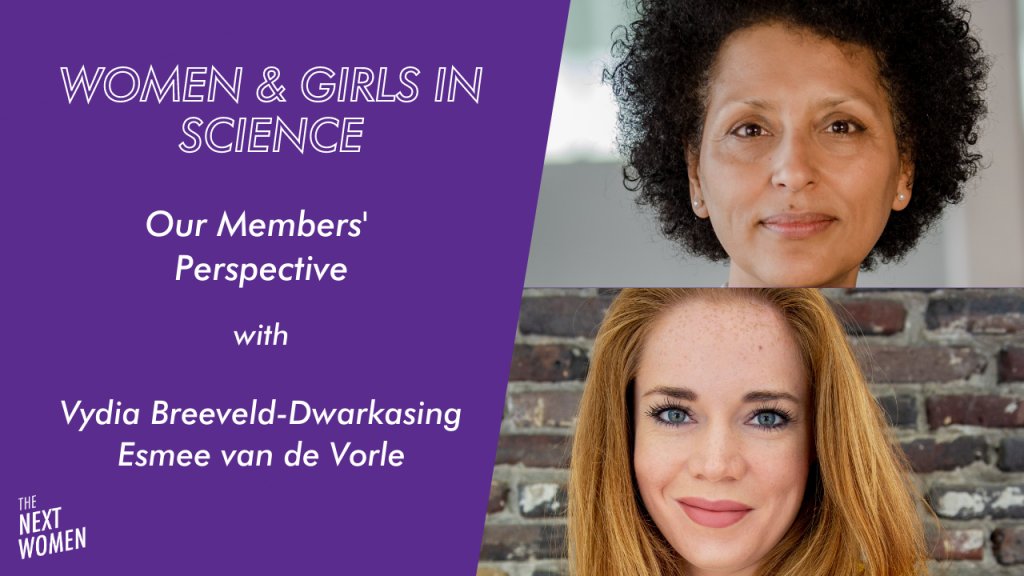 Happy International Day of Women and Girls in Science!

In sight of the event, this week we have decided to raise awareness on the challenges and barriers that women and girls often have to overcome in order to pursue a career in science. We have asked two of our members working in science and tech to share their personal experience and perspective on the issue. We had the pleasure of engage in a short dialogue with Vidya Breeveld-Dwarkasing, Commercial Strategy, Healthcare Policy & Access Expert, and Esmee van de Vorle, Managing Director at ENS Clean Air.

What came up when discussing the obstacles encountered by women in the scientific and technological environment was that although women are now being reprensented and included  in science more than they were in the past, they are still regarded and thus treated as a “deviant” element, as the world of science is still male-dominated. Women, often times, are not judged neutrally and solely based on their competencies and capacities as such. Their skills are at times questioned a priori, due to gender-related preconceptions and stereotypes. Hence, women find themselves having to prove their professional worth as a starting point, which does not happen that often to men in a male-dominated field such as science.

Another issue that emerged through the conversation with our two members is the excessive focus on and overrepresentation of “softer female qualities”, along with the consequent neglect and dismissal of the variety of abilities and features that women can present.  Although the acknowldgement of the value and utility of typically feminine characteristics can be seen as a positive achievement, gender should not be used as the only criterion of distinction when evaluating a woman’s professional performance and competence, since the latter is and should be determined by a multitude of factors, for both men and women. The non-recognition of women’s achievements, contributions to science, critical thinking and intra- and entrepreneurship constitute matters that still need a lot of improvement. Work still needs to be done in order to “create a seat at the table for women – without other being surprised by their presence”.

If you are a woman thinking of pursuing a career in science, here’s what our members want you to hear:

“Do not be apologetic about being a woman in a male-dominated environment such as the scientific one. You belong there and the more women are being seen in science, and making significant contributions, the more girls it will attract.”

“Work and speak from your heart because there is nothing more contagious than passion. Be reflective and observant within your environment, share your thoughts with peers but don’t let it misguide or withhold you from reaching your goals. Be yourself and stick to what you know. You can’t be an expert in everything but nobody knows your story better than you do, since it’s your story.”

Special thanks to Esmee and Vidya for sharing their experience and viewpoint with us and helping us share awareness on such an important topic. Let’s stick together and be the change we’d like to see!