Martine Meijburg (Second Degree, DEPT) got involved with The Next Women in 2012 and is an expert when it comes to LinkedIn.

Next year, it’s your 10 year anniversary at TNW, nice! How did you get to know us?
“I joined an inspiring pitch event in Rotterdam that Simone Brummelhuis gave, the founder of TNW. At that time I had another idea for a startup, that I pitched in front of a panel that gave very valuable feedback. The same year I was attending the Web Summit in Dublin and I teamed up with my former co-worker Marcel van der Heijden. We clicked workwise and came up with the idea of a LinkedIn-marketing agency that we founded together, called Second Degree. My original idea took off too slow to my taste, so in 2013 I ended up totally jumping on the Second Degree bandwagon. Because I worked for LinkedIn earlier, I had a nice network at the company itself. I knew they wanted to bring their marketing services under the attention of corporate businesses, so that gave Second Degree a jump start.”

Why did you want to become an entrepreneur in the first place?
“I kept hitting a brick wall. Whenever I started at a company, sooner or later it turned out I was too ambitious and stubborn to listen to other people’s plans, when my ideas could have worked better. But I was afraid to make that step. Until I did a post doctorate and my reviewer, the successful entrepreneur Arco van Brakel, told me: ‘You’re really cut out to be an entrepreneur’. That gave me the final push that I needed. A week later, I decided to quit my job at LinkedIn.”

After ten years of TNW, why would you advise joining a network, especially one that focuses on the power of women?
“In general, men are less reserved when it comes to networking. A bit more aggressive. They are quicker in walking up to someone and getting things done. Women are more cautious, in my experience. But that also has its advantages. When I worked at LinkedIn, I learned that relationships matter. Keeping up with your network, really building a relationship with the people you know; that’s what it’s all about. Maybe you don’t need someone right now, but you never know if it’s a person that can help you or you can help later. That’s why I really believe in putting an effort in and building on your network.”

How do you do that?
“Don’t invite people randomly is my biggest tip. Just adding people without an idea behind it, will almost certainly cause you to lose track of the people in your network, it makes it difficult to keep up. Be clear about what you want from a possible new connection. I can be quite direct if I really want to connect with someone. I check if we have connections in common and send a message, adding why I think we should get in touch. Be specific in what you find interesting about a person, their company or their philosophy. This personal way of building your network really works. For example: I liked the work David Allen did, with Getting Things Done, and I knew he lived in The Netherlands. So I invited him to share his wisdom with me and my colleagues at Dept and he said yes, it was a very interesting experience.”

Are there things you see going wrong often, when it comes to networking?
“It still happens way too often that you get an invite without an accompanying message. I ignore those, or send a follow up message asking why they think we should connect. Oh, and one of my biggest pet peeves is if you have a meeting with someone you never met before, and they didn’t do even a basic online search on you. It takes only a couple of minutes to look someone up and it really gives you important info. Something you can use in a face-to-face meeting. When I have a session for TNW or give a workshop, I always ask for a list of people that are attending. If you know who will join, you can make your talk personal or, for example, mention a shared connection between you and the person you’re talking with. I also love LinkedIn for this. Often I see interesting projects that I know the perfect candidate for, so I connect two people. It is a fun, lowkey way of working on your network. I don’t share a lot myself and the things I do share really have to add something. Most of the work I do on LinkedIn is under the radar. It only takes me about fifteen minutes a day.”

What is your involvement with TNW now?
“My former business coach Sacha Engels is also a member and she got me more active in the network. Representation is very important, that’s why I think it’s important to pay it forward when it comes to women entrepreneurs starting their business now. I did roundtable sessions for TNW, was nominated for The Next Women top 100 multiple times and since 2020, I am a mentor for Fempower your Growth. I love to really have substantive conversations with my mentees. It’s great to keep up with them and see how they evolve, personal and business wise. Doing this is also a learning process for me. If you only work on your own projects, you can lose the helicopter view that is so important in business. Working with these women helps me keep that in check. Also: I’m not cut out for shallow smalltalk, that you often get with networking clubs. TNW really focuses on the purpose. You are there as an expert and can really add something for the other women, and they for you.”

In 2016, after only three years, you sold Second Degree, which became a part of DEPT. You were involved as strategy director. What was it like to sell your business?
“It was a really intense time, it took me quite a while to recover from that. In the beginning it felt great, the idea that a big investment firm saw something in a company I started. But in 2018 they removed the name from the building of all the companies they took over, they all became DEPT. That was tough. It got me thinking, also because it felt like I was losing my grip on things. I’m not someone that likes to talk to lots of people to get things done. For me, it works better to make my own decisions. In the beginning of 2020, before Corona, an American private equity firm took over. That felt like the right time to quit. I was meant to go to the United States and join the Democratic campaign for president, but that fell through because of the pandemic. So I spent a year homeschooling my 11 year old son, taking a break and slowly making new plans.”

In June of this year, you started working on a business called Little Workhub. What can you tell us about that?
“The name of the company is still a work in progress. As with a lot of opportunities in the past, this idea found me. There was a possibility to sign up for an office space in a new hip location in Rotterdam, Little C. I pitched the idea of a co-working space to the project developer and municipality, and they granted me the opportunity. In this office space I want to create an environment where you can execute the different types of work you have throughout the day. We all know that a space where you can have a great brainstorm is very different from the environment you need to really focus on writing a strategic plan for example. A big landscaped office is way too distracting for me, it drains my brain. The “Little Workhub” will be a community where you can flex work, brainstorm with your team, learn from other professionals and inspiring experts and do deep work altogether. But it’s still a work in progress, the building is casco. I love the fact that I have the chance to design a space from scratch, which serves multiple purposes and contributes to the quality of work. I’m focusing on this specific office space in Little C now, but who knows what will happen later. With Second Degree I learned that you never know how fast a company will blow up.”

What is the biggest challenge for business owners now?
“Honestly, most professionals don’t seem to know how they should approach work or know how to organise their work. Mostly because they’re overwhelmed by a constant stream of information and it keeps getting worse. Latest and loudest seems to be the main problem. Email, Whatsapp, Microsoft Teams; we never get a moment’s rest. At Second Degree I put a lot of attention on how you can cope with that, a smart way of working and streamlining those procedures. I think that being able to juggle all those stimuli is definitely the biggest challenge especially when people are working remote. At DEPT we had little lamps you could plug in your laptop to indicate that you were in focus mode, but everyone ignored them. It’s really something we need to learn. In my team I had someone that spent her day checking emails, the outlook window was open all the time. When I asked her why, she said: ‘You never know when a client emails me’. But we shouldn’t think like that. Clients aren’t the ones that dictate your to do list. You determine that yourself. If you hear a pinging sound, the world doesn’t collapse when you don’t react to it the same minute.” 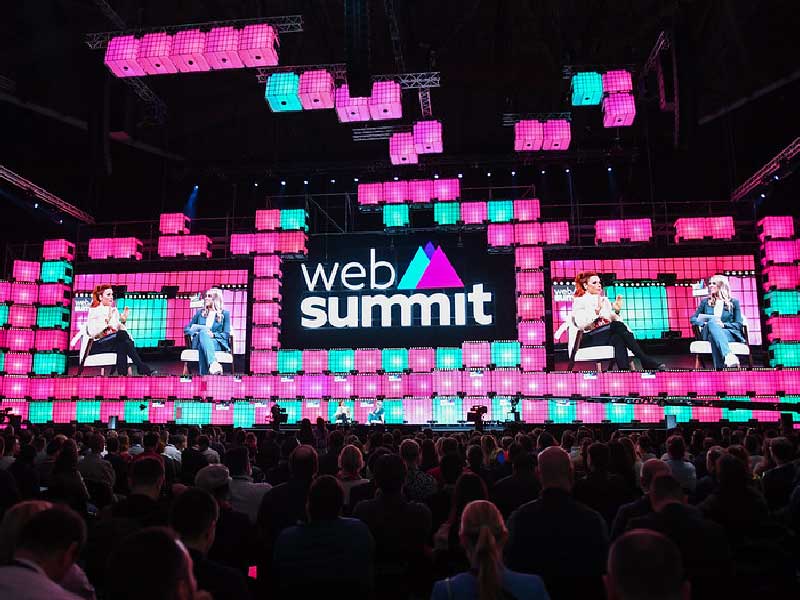 JOIN OUR DIGITAL ASSEMBLY IN LISBON!

BOOST YOUR DIGITAL BUSINESS AND ENHANCE YOUR ENTREPRENEURIAL CREATIVITY WITH TECHNOLOGY